Not sure what category you product is under? Use the search below to get directly to the product page you need.

SoFi is a flagship stadium that deserved the best possible solution. We wanted a versatile, easy to apply and high performance AWB coating.

The SoFi Stadium in Inglewood California is the new home of the NFL’s Los Angeles Rams and Los Angeles Chargers.

Opened in September 2020, it is the world’s most ambitious sports stadium and entertainment complex – and set to host some of the country’s biggest sporting events, including Super Bowl LVI, WrestleMania 39 and the 2028 Summer Olympics.

The flagship stadium can house more than 100,000 people for major events – and is an incredible feat of design, engineering, and construction.

Elemax AWB was applied to the entire exterior façade of the SoFi complex, to help protect the structure of the stadium, the performance venue, and the MU4 parking structure from air leaks and water ingress.

An AWB That Can Take the Heat

The ambitious design of the stadium required an Air and Water Barrier solution that could be used both with and without cladding. The architects and their consultants wanted a solution that wouldn’t be damaged by the high Californian temperatures and UV levels.

SoFi is an architectural marvel, and the designers wanted to ensure that the finished structure would look fantastic and perform for decades to come.

Elemax was specified because the 100% silicone-based formula is known for its ability to permanently withstand the elements – maintaining its elasticity and performance after years of exposure to the temperature and UV extremes found in California.

The SoFi complex was a huge, multi-billion dollar project. In total, the facility measures more than 3.1 million square feet.

Given the scale of the project, one of the key priorities for the architect and contractors when choosing an AWB was efficiency in application – the stadium needed to be finished in time for the new NFL season.

Unlike competing solutions, Elemax AWB offers primerless application - enabling the possibility of single coat application to a range of substrates. This can help the contractor to save significant amounts of time, labor, and materials, which helps to keep project costs and timescales down.

In addition, Elemax AWB can be left exposed to the elements. Partially coated sections can be finished at any time in case of project interruptions or delays.

In the original plans for the SoFi stadium, the specification had called for two different AWB barriers. They had planned to use a competing ‘peel and stick’ solution in the areas that were to be covered by cladding.

However, the consultants and contractors opted to use Elemax AWB for the whole structure to save time, labor, and cost over the original solution. Switching would also help to eliminate transitioning from one chemistry to another, while providing a seamless finish across the whole structure.

The architect agreed, and Elemax AWB was used on the whole exterior – behind the facades and in the areas exposed to the elements.

The SoFi Stadium opened in September 2020, in time for the new NFL season. Feedback from fans has been incredible – and it’s won plaudits for its incredible design, extensive facilities, excellent features, and the quality of the finished building.

In addition to the Elemax Series used on the exterior, SilPruf™ 2000 was used around the weatherseal joints, and SilGlaze SCS 2800 was used between the glass-to-glass joints inside the stadium suites.

It’s an incredible project and one that we are really proud to have been involved with.

The SoFi Stadium is just one in a series of flagship sports stadium projects that have chosen to use Elemax AWB as part of the build.

It was an integral part of the Allegiant Stadium in Las Vegas, where Elemax AWB was chosen for its ability to withstand the impact of extreme heat and UV, with the black color matching the team colors of the Las Vegas Raiders.

In San Francisco, the Chase Center – the new home of the NBA’s Golden State Warriors, also utilizes Elemax AWB, as does Columbus Crew’s (Major League Soccer) Lower.com Field in Ohio. In all cases, Elemax AWB’s ability to stand up to the elements and versatile, easy application has been integral to the success of the projects.

By preventing the seepage of unwanted water that can lead to the growth of mold and mildew, a single coat of Elemax AWB 2600 can help improve air quality, stabilize temperature control, and reduce energy consumption by up to 35%. UV-resistant upon cure, Elemax AWB maintains elasticity even after years of exposure to the elements.

Has Your Roof Seen Better Days?

From minor leaks to full roof restoration, our 100% silicone solutions can effectively repair and provide long term protection for your roof.

Find out how GE Enduris™ Roof Coatings can protect, restore, and save your roof. 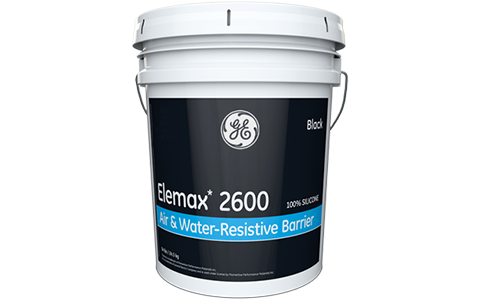 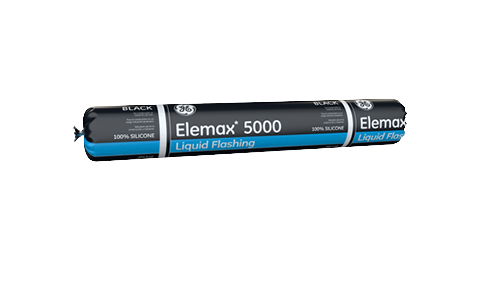 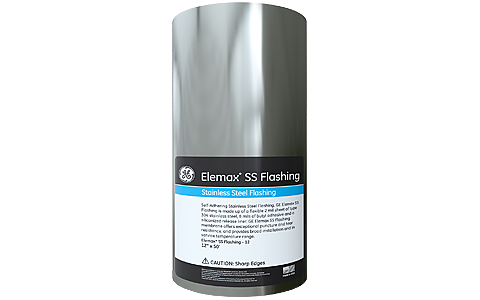 See all our posts
Blog

In construction, the long-term performance of sealants is an essential element to the durability of your projects.

Open joint cladding is an increasingly popular design choice for exterior façades - effectively enhances the visual appeal of a building.

The building project had a real focus on sustainability, with ambitious goals to be Net Zero Energy ready.

Get expert advice from one of our silicone for building specialists, or speak with your local sales representative today.